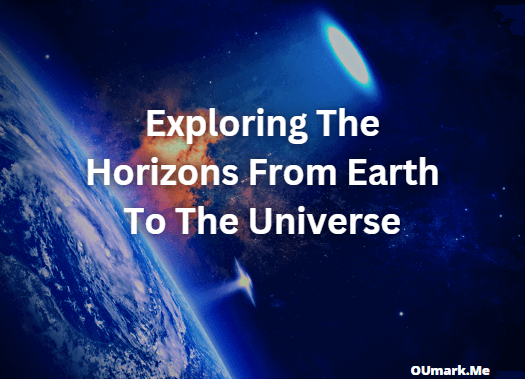 Exploring the Horizons From Earth to the Universe

Definition of horizon: The horizon is the line at which the Earth’s surface appears to meet the sky. It is the boundary between what is visible and what is not, and it changes depending on a person’s location and the time of day.

Importance of studying horizons: Understanding the horizon helps us to better understand the world around us, including the Earth’s curvature, the behavior of light, and the structure of the universe. It has also inspired many artistic and cultural works, and has played a role in the development of navigation and transportation. 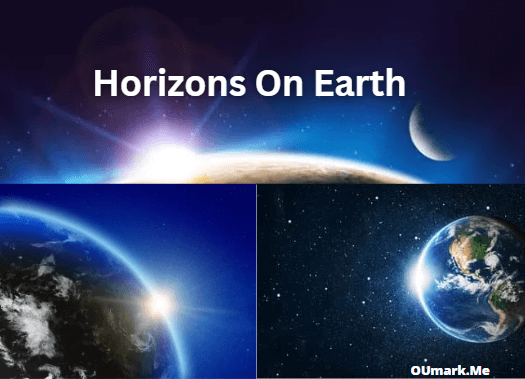 The visible horizon from a terrestrial perspective: From the ground, the horizon appears to be a circle surrounding us, with the sun, moon, and other celestial objects rising and setting along it. However, the horizon is actually a curved line due to the Earth’s curvature.

The concept of altitude and how it affects the horizon: Altitude is the height of an object above a reference point, such as sea level. The higher an observer is above sea level, the further away the horizon appears due to the Earth’s curvature. This can be demonstrated by climbing a mountain or flying in an airplane.

Celestial horizons in the solar system 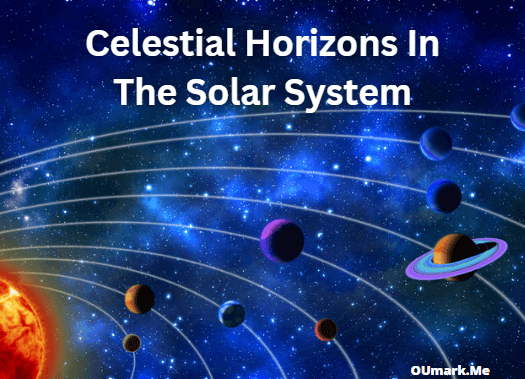 The horizons of other planets and moons in the solar system: The horizons of other celestial bodies in the solar system differ from that of Earth due to their different shapes, sizes, and atmospheric conditions. For example, the horizon on Mars is much further away due to its smaller size and thinner atmosphere, while the horizon on Venus is closer due to its thick atmosphere. The moon also has a horizon, but it is not visible from the surface due to the lack of an atmosphere.

The importance of celestial horizons in space exploration: Understanding the horizons of other celestial bodies is important for space exploration, as it allows us to determine the locations and distances of objects in the solar system. It also helps us to understand the conditions on these bodies and how they compare to Earth.

Examples of celestial horizons in science fiction and popular culture: The concept of celestial horizons has inspired many works of science fiction, such as the “red horizon” on Mars in the novel “The Martian” and the “ringed horizon” of the gas giant Saturn in the film “Interstellar.” It has also been featured in science documentaries and video games.

Galactic Horizons In The Universe 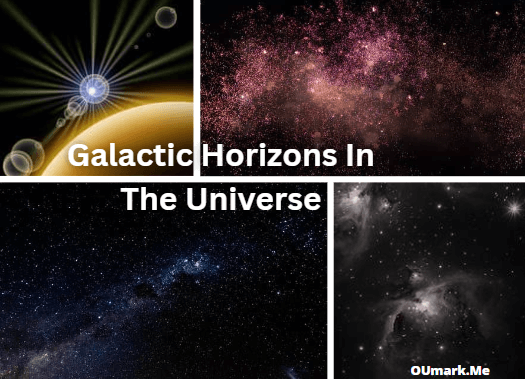 The role of horizons in cosmology and theories of the early universe: Horizons play a significant role in our understanding of the universe and its origins. For example, the cosmic microwave background radiation, which is thought to be the remnants of the Big Bang, is believed to have been emitted when the universe was just 380,000 years old and was still small enough for light to travel freely across its entire extent. This radiation provides us with a snapshot of the early universe and helps us to understand the conditions that existed at that time.

The potential for future discoveries and exploration of horizons in the universe: There is still much that we do not know about the universe, and the horizons that mark its boundaries provide endless possibilities for exploration and discovery. As our technology and understanding of the universe advances, we will continue to push the boundaries of what is known and uncover new mysteries about the world around us.

Thank you for reading.