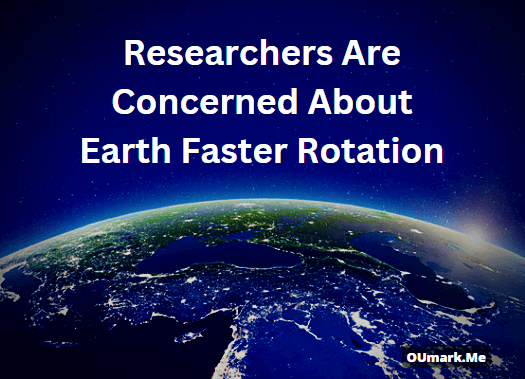 Now you must be thinking that why am I behaving like this! that i said something big Well guys, a day on our Earth is of 24 hours it is a well-known thing but then what is so surprising in this That we are reacting in this way Well the reason is that The 24 hour day we are enjoying will not be 24 hours after a few days That’s because Earth’s rotation which is responsible for night and day is making itself more or less at the rate of each year and this is not normal at all But the rotation speed in which no significant change has been seen for centuries why is it getting faster now?

after all what is such a big change that that even big companies like Facebook are afraid of saying that if it happens then Technology around the world will be destroyed and most importantly whether a day on Earth ends in 24 hours or 23 and a half hours what difference should it make to us? 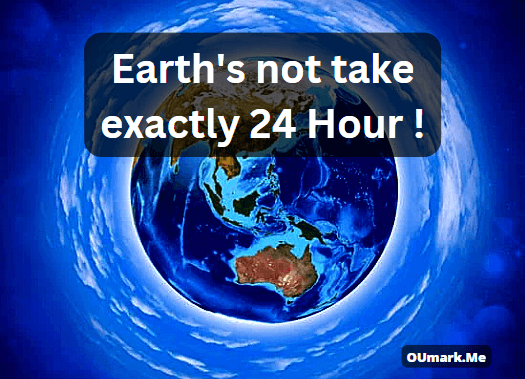 Well in today’s article we are going to discuss on this and believe me guys you would not have imagined that how just one second shortening of the day on the earth can bring a big change for us So hello guys, I am Anand and let’s learn today what is happening with the rotation of the earth?

Now guys at the starting of the article Let’s go 4 years ago from today In the Year 2018 when the University of Wisconsin-Madison had told that From about 2 billion years ago our Moon is constantly moving at a speed of 0.75 to one and a half inches per year from Earth What would have happened is that In the past, the Moon was closer to the Earth than it is today its gravitational effect could be seen on our Earth with more Dominance and because the Moon is very much responsible for the rotation of our Earth That’s why because of the greater pressure in the first place our  Earth used to rotate much faster than today that is why it was seen in the data of approx. 1.4 billion years ago that at that time a day of the Earth used to be only and only 18 hours that is, the Earth used to complete one rotation on its axis in 18 hours.

But space showed its game and the moon slowly started moving away from the earth after which today at a rate of about 3.82 centimeters annually The Moon is currently moving away from the Earth at a slow, but steady, pace Now because the Moon is slowly moving away from the Earth, due to this it is not able to show its effect on the Earth with that much Dominance and this is the reason that where earlier Earth’s rotation used to end in 18 hours Today it became 24 hours And according to a study in 2018 every year the speed of rotation on the earth is decreasing and the days are gradually getting longer Now those of you who are listening to rotation and gravitation at the cosmic level for the first time Some people may be confused or uncertain about the cause of the Moon’s movement and somewhere we all have to face these problems When we step into the world of astrophysics Many such questions come in our mind but we do not understand where to get their answers and to know the answers to those untold mind-blowing questions.

Now from the year 2018 all these data were believed to be true but in the year 2020 and year 2022 something happened that no one had even imagined and that is the days of the Earth were only about 1 millisecond short every month While it was seen in the old reports that the rotation of the earth is decreasing in the distance of very minor milliseconds Then in the year 2020 On 19th July, 1.47 milliseconds of short day was recorded It may come as a surprise to some that, despite much research and study, the reason for the Moon’s movement remains a mystery any such phenomenon preceded it in the year 1960 that is, almost six decades ago But the scientists were surprised when the day was found to be shorter even in July and in 2022, on July 29 when that day turned out to be 1.59 milliseconds shorter than the typical 24 hours and it broke the record of its previous success within just 2 years. 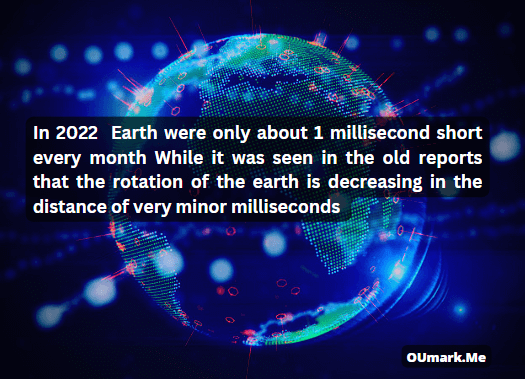 If something like this had happened sometime in a couple of decades we could have considered it as a coincidence, but this data is being seen every year due to which scientists are being sure somewhere that instead of decreasing the rotation speed of the earth, it’s increasing And surprisingly this time our moon has no role in it It was a question that came out of syllabus for the scientists because they had never expected such a thing Scientists have tried a lot to find out what can trigger this thing but even after working for hours Scientists and researchers are still trying to understand and explain the forces that are causing the Moon to move away from the Earth and officially the reason for this is still unknown.

An interesting engineering, which reported this matter most closely told in its article how the year 2020 had the 28 shortest days then the same story happened in 2021 and the same was recorded on June 19, July 26 ,29 And to define it collectively, they named it “50 Years Phase of Shorter Days” According to their data analytics from 2019 onwards Earth’s rotation will continue to accelerate at the same speed for the next 50 years.

The readings are telling this and as soon as this 50 years time is over then the Earth will try to return to its stability after which either our day will go back to the typical 24 hours or the time constraint will be constant and will try to align with the movement of the moon.

Now here is an OUMark fun fact for you when we talk about the typical 24 hours we are not talking about the exact 24 hours, but one rotation of the earth takes exactly 23 hours, 56 minutes, and 4.091 seconds And this is what we define in 24 hours for people to understand The reason for this change is unknown. But after studying the cosmos it was confirmed that there is no such external source which is responsible for this thing. After which we have only option left i.e. Internal That is, to find out about the agents on our earth.

Geologists and environmentalists will obviously have more knowledge than astrophysicists to find out about the agent present on Earth Taking an idea of ​​this when his opinion was taken from the geologist about this controversy he said that there are constant vibrations under the earth no one knows what happens in its inner core or outer core but these courses of Earth plays huge role in movement of tectonic plates and axis and that is why the first possibility in this article can be.

Recently we might be having a diverse effect on the layers of Earth due to climate changes in a few years due to which we are able to notice this kind of acceleration due to instability. The second reason for this is Chandler Wobble which is also being estimated, this phenomina can also deviate the Earth’s axis directly. But the point is that,

Why is it so dangerous for us to go up and down 1-2 milliseconds in a day? 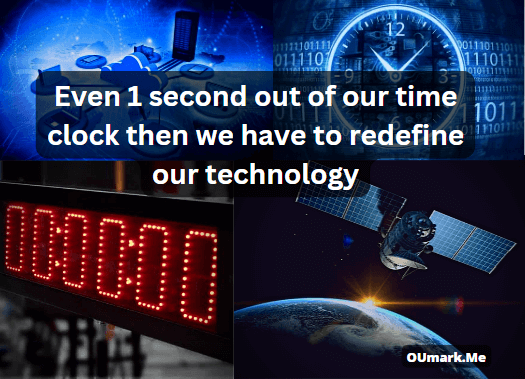 However, it may be surprising to learn that…Big tech companies like Meta have warned that If the Earth went back even 1 second out of our time clock then we have to redefine our technology For those who do not know let me tell you that there are many such programs around the world that interpret their standard time in seconds and extract the results Even since the foundation of the Internet it has been actively working as a clock still today and from your one tap to every single upload all companies record their data in sequence of timestamps But if a leap second is seen in our current times then the computers will get confused in compiling it due to which there can be a lots of crucial data corruption because the timestamps of data storage will not match the timestamps of satellite and global times To be more basic, a computer clock jumps from 23:59:59 to 23:59:60 and then resets it to 00:00:00 seeing the new day according to the common time but If computers make a mistake in interpreting this 1 second leap the result can be so bad that it can even reach 90% of the world’s Internet outage because all of a sudden it will not be so easy to fix all the computers.

In the coming time whether our earth is going to show us this leap second or not only time will tell But the current data is telling us something else but if you have any opinion about this then you should definitely tell us by commenting below.

Now i know you must have learned a lot of new things today If you did , then do like this article as well as share it with your friends and family.