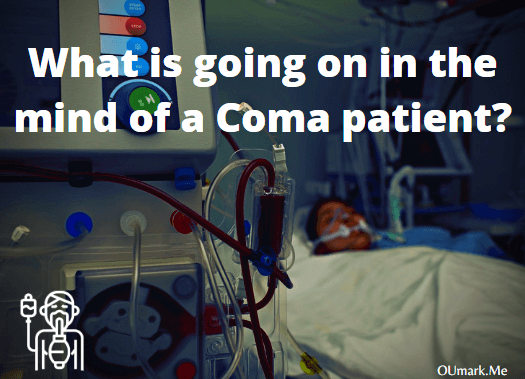 What is going on in the mind of a coma patient?

Someone who had an accident and vegetated – don’t think in terms of when they died and were brought back, that’s not true – it could just be that the life force is so shocked, it projects out more than in, the decision: to be or not to be. It is not a philosophical question, it is a practical question whether the body is fit enough to be or not. So, if it decides to, it’s not because of the medical staff – they could help… they could help, but it’s life that chooses to stay because the body is still hospitable. Maybe the health professionals are making the body a little more hospitable than it would be without their help – which is very possible.

So they didn’t die; they were in a state to be or not to be. They were projected more outward than inward. Even now you are partly projected outward, mostly inward. At that moment it may have been that you were mostly projected outward, partially inward. Even though they’re dead, it’s not all gone. If you don’t know – we’ve covered this many times – it takes 11 to 14 days for a dead body to grow nails, hair and everything because the life is slowly receding, it doesn’t just jump out. So you cannot declare someone spiritually dead until 14 days after medical death.

So after doing this swing of “to be or not to be” for a while, you said “to be”, but the body is only hospitable to lie in bed, not hospitable enough to get up and walk or do anything… from a man or women are expected to do this. I’m not saying this disparagingly, but I want you to look at it as a topic, not as an emotional thing, because then you won’t be looking at it the right way. So if you call it vegetation, there are two types of vegetation.

One is that only the body is gone, but still everything in the mind is active; this can lead to a lot of suffering because they see, hear, feel, understand, but… they don’t have the ability to do anything. Talking is the last thing on their mind, they want to get up and go. They are unable to react, the body has become inert, but the mind is still active. 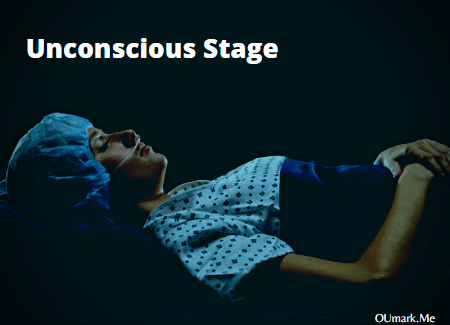 I haven’t spent enough time with people like that, once or twice when I saw it I felt something was up; they are not supposed to have a mind, but there is a lot of activity going on. So the unconscious nature of the mind could come into a kind of awareness because the conscious mind is… the discernible mind is gone so the other part can become apparent, which normally most people don’t realize. So there may not be any active suffering, but there may be a kind of dazed state that many human beings enjoy very much.

Why people want to drink, why they want to do drugs, why they want to stay in bed after sunrise, that’s what they like. And why do they want to meditate! They like that… you know, the movement between the conscious and the unconscious, that boundary—they like to dance on it a little bit. So alcohol, drugs, sleep, lethargy, overeating, sexuality all give you that little bit of being on the edge of neither.

What is going on in the mind of a coma patient? So actually, if his mind is just… the discriminating mind is just off, he might actually be in a very good place. Just hanging out, no hassle, no work, nothing if you keep his body comfortable when you do sure he doesn’t get bedsores and this and that can actually be in a very comfortable space. The only one who really suffers is that the body has become a vegetable, the mind is fully awake and active – this one will now suffer unless it is also balanced and very meditative within itself. 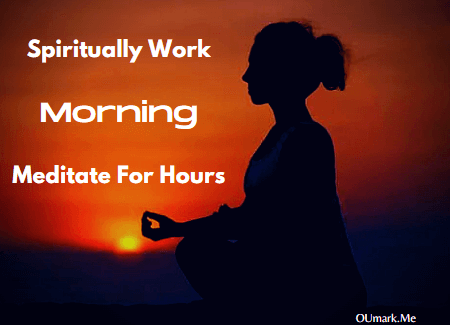 If he comes to something like that, it can become a great place for him, spiritually, because now the problem with all these people, now they’re all able to sit and meditate for hours, their only problem is their damn legs and their backs. .If they didn’t have this, they would sit like this for days. No? So those problems were eliminated for him: no feeling in his legs, no feeling in his back. If they get there – which I believe they will – after I spend a little time with them I would tell you if they have or not. If they come to this, it can be most spiritually productive. No body but an alert mind – wow! It’s a meditator’s dream.

The body is what troubles you, isn’t it? The initial stage, the mind is torture, but once you get the hang of it, the only problem is…that’s the only thing. You had no body, awake mind, ugh! This is a very good thing, but many human beings can suffer terribly because their entire lives are constantly being compared to someone else.

Someone has it, doesn’t it, suffers, right? So the same pattern can continue with them. If they break out of that pattern, it can be a really fantastic place: no body problems, the mind is fully alert, we could initiate it. I’m not saying this regardless of their condition.

In fact, it may work out very well for him. If health professionals can do nothing else, this could work phenomenally well for them.

Just lying there, the mind constantly awake – it can do wonders. I speak in this vein because… I just look at it, no matter what the hell happens to your life, you have to know how to turn it into an advantage, not a disadvantage, because what can happen to you is not You are 100% in control, but what you make of it is 100% yours, right? So, if something like this happened, let’s capitalize on it as well.